So Much More than A Train!

The Complexity of A Child's Thinking
Quinn began by placing the tubes linearly onto the projector; grouping them according to color and creating three sets of eight.
"I made a train!"
He then looked at the shadows his work had cast on the screen. They did not reflect the tall tubular design he was expecting. Instead, he saw circles which were the tops of the tubes only.
Disappointed he commented,  “It’s not a train.”
To assist him with his intention the teacher placed a table in front of the screen and invited him to make his train again to see if he could cast a shadow that would be long, "tubular." This time he lined the tubes in an alternating pattern. When he was finished making one row, he looked at the screen but did not see any shadows. The shadows of his tubes remained on the table surface.
“It’s on the table now,” he said.
“How can we make the shadows go onto the screen?” asked his teacher.
Quinn looked at the shadows on the table and then had a remarkable idea. He added a second set of (alternating) tubes, placing them at the point where the shadows of the first set ended: thereby extending the shadow length to reach the screen.
“Look, the shadow is on the screen now!”
As an alternate construction, Quinn used cups to attain a similar outcome. This time Quinn discovered that he would need three rows of cups to reach the screen. In this experience he also grouped the cups by color. Although the starting point for both experiences was the same, at the end of the first shadow, Quinn realized that he needed three rows of cups to reach the screen because of their shorter length in comparison to the longer tubes. 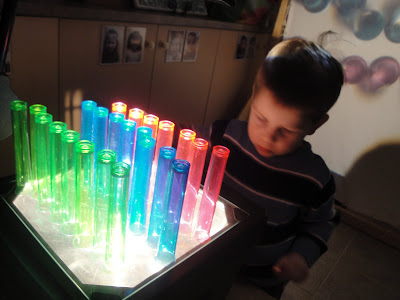 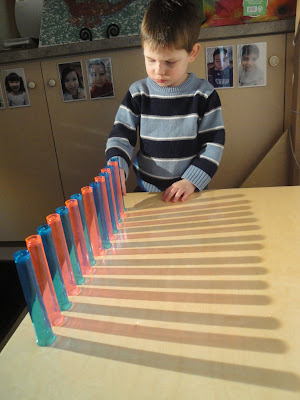 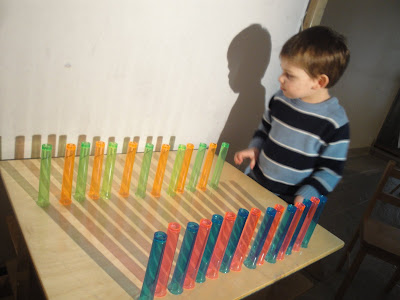 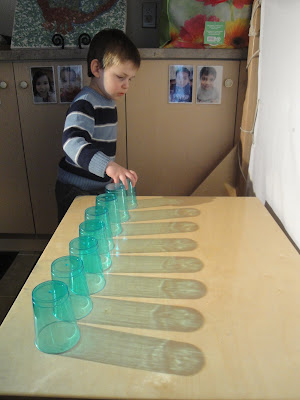 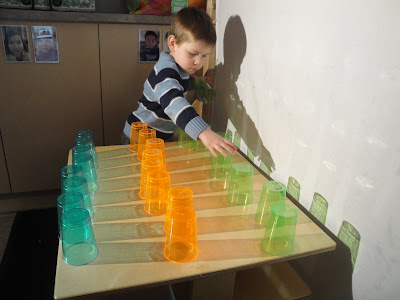 Dear Colleagues I apologize for the delay in posting these past few months. It has been a hectic time at Reggio Kids.
Please stay tuned for new and exciting work!﻿
Posted by Tiziana Ciccone at 5:57 AM 1 comment:

You can imagine how excited the children were to have a rare opportunity to see a baby polar bear at the Toronto Zoo.
Although he is safe and well cared for in his new home, the children did take note that the Zoo is not the real home of these magnificent creatures; The Arctic is where he belongs. How much longer can these creatures survive the challenges of global warming? 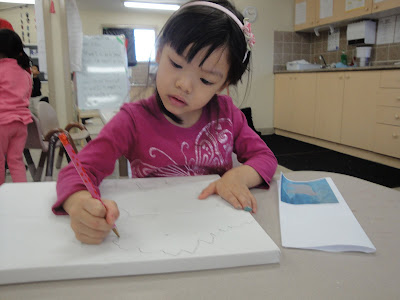 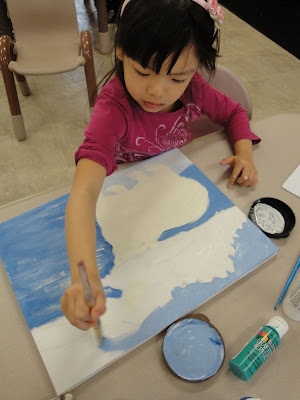 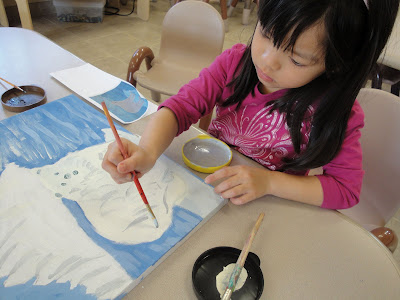 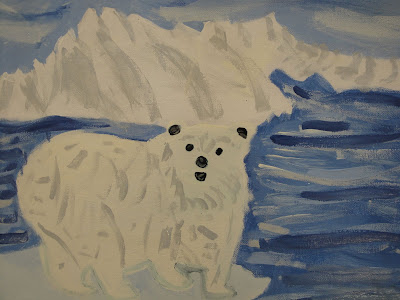