Many, but not all parts of the world, have come a long way in the manner in which they view and treat children and respect their rights.

In an ideal world children are valued as competent and capable citizens from the time of birth. They are treasured and protected .

Childhood is viewed as a time of potential.

Not long ago, circa World War II, children were viewed quite differently. In many countries and homes they were needed to help support their impoverished families so they began working as young as seven years of age. There was little if any time for play. They were seen but not expected to be heard, they had no voice, no rights.

My father, born on January 23, 1935 in Ofena a small town in the Apennine Mountains of Abruzzi tells a grim tale of how children were treated in his time.

His mother was a stern disciplinarian and used biting as her form of punishment for any transgressions on the part of her children. The saying it takes a village to raise a child had a meaning of its own in his town. If an older villager asked a child to do an errand, and the child refused, that would merit some sort of physical punishment which was doled out twice; once by the villager and then again at home by the biting mother for having embarrassed her in front of others for refusing an elder.

Schooling often ended as early as seven or eight years of age. Perhaps that was a good thing given that teachers were harsh in their treatment of students; using embarrassment and physical punishment to control them. Donkey ears were fashioned out of paper and placed on children's ears when they could not answer questions. Unruly children were made to kneel for hours on sharp objects. Belts, bats and other instruments were used to beat the children leaving some seriously injured.

So where did the children of yesterday find their joy or reprieve from a world that cared little for their rights?

Certainly not with the adults. They found small measures of joy with other children in stolen moments.

It's a wonder that many of the children of yesterday were able to grow up to become loving parents to a new generation.

Although the cruel acts of embarrassment and physical punishment are no longer permissible in our schools, we should reflect on other treatments of our youngest citizens which could be equally as damaging.

It should be a haven for all. 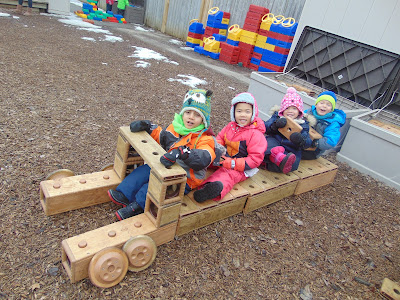 Posted by Tiziana Ciccone at 5:43 AM No comments: