This group of girls decided to make a representation of a snow man using loose materials. When they were done they unanimously agreed that he was a "Big" snowman.
The question was which girl was as big as him?
Two of the four girls insisted they were as big as him while the other two remained neutral in the discussion.
How would they solve this debate?
They agreed to lay down beside the snowman to see if they were as big as him. However that did not satisfy the two girls since they could not see themselves in comparison to the snowman if they were laying next to him.
One of the "neutral girls" offered a suggestion.
"Lay down here and we will trace you with the stones so you can see!"
Certainly this was an excellent suggestion and the girls began their work.
When they were done the two girls in question stood up and studied their outlines in comparison to the snowman.
"Look, I'm bigger," announced Angelina.
"Yes, you are bigger," agreed her classmate.

Posted by Tiziana Ciccone at 9:58 AM No comments:

A Game of Peek a Boo 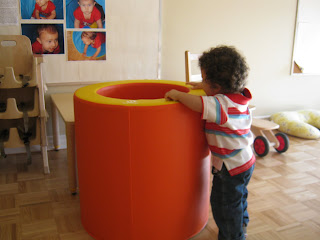 "Where did Nicholas go?" wonders Marco.

A simple game of peek a boo is filled with learning for infants. In the first few months of life an infant is concered with what is before his eyes. As soon as something or someone
is out 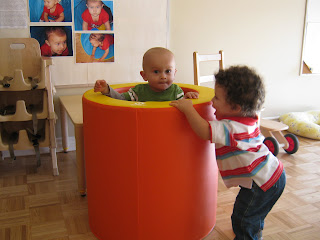 of eyesight he forgets about it. Gradually that changes and the infant's world begins to expand beyond his senses. He begins to imagine people and objects even when they are not present-object permanence.
This is a key development in intellectual growth and emotional development.
"As soon as a baby is able of conjuring an image of a person or object in his mind, he is also capable of cognitive thought; remembering, imagining, deductive reasoning and planning."
When an infant develops object permanence he can recall images and take actions based on his recollections. 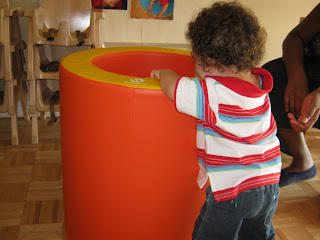 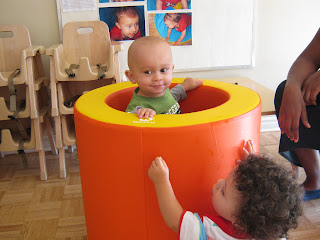 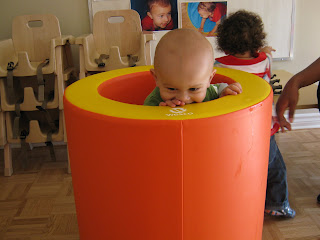 Does the Forest belong only to the Trees? 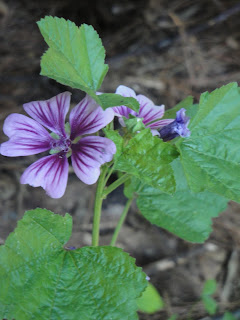 A morning walk in the forest revealed an unexpected surprise.
"Look I see a flower," shouted Ava.
"Why is it here?" she asked the teacher. "The forest is only for trees," added another student.
Certainly, for the children, this was an accurate observation since it was in fact the first time that they had ever seen a flower in the forest.
The teacher asked Ava to share her thoughts on the flowers presence in a place that belonged to the trees. 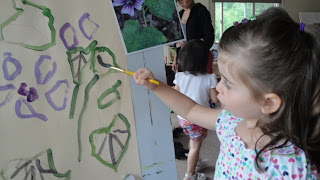 Ava answered, "The forest is green and the flower is purple so it shouldn't be here because it's not green."

What will Ava think when the class returns to the forest and sees all the leaves changing colors. 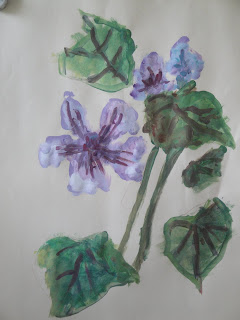 Clay- Motivation for Thinking and Creativity

Most toddlers, when given a piece of ordinary soft pottery clay, are instinctively motivated to explore its inviting soft and responsive sensory qualities. They poke it, squeeze it, hit it, pick it up and pound it down, and so on. Each time they act on the clay, the clay adjusts and responds. These changes mean very little to us as adults, but for a toddler these changes in the clay are magical. The child is naturally fascinated, motivated, and empowered to keep experimenting.
Every child needs experiences that match his or her developmental level, and a simple piece of soft clay is the perfect match if the child is ready. Children that are old enough to squeeze your finger can squeeze a piece of soft clay. If they can notice a change in the clay, they are learning that their actions have consequences. This encourages more experimentation. The child’s brain is taking shape along with the clay. Such self-initiated activity can be the perfect match for the developmental needs of the child. Clay stimulates the child’s curiosity. Intelligence, imagination, and creativity are engaged and fostered. Many new neurons and synapses in the brain are being generated when a child is engaged by the immediate tactile and visual feedback provided by clay.
Manipulating a piece of clay develops the child’s large and small muscles. Clay play fosters
eye-hand coordination. Soft clay is receptive and responsive to all kinds of emotional expression. Clay is so fascinating that some children work for long periods without any adult motivation to maintain their interest. It can be a great way to extend the attention span of some children.
http://www.bartelart.com/arted/Clay&Toddlers.html
Posted by Tiziana Ciccone at 7:23 AM 1 comment: 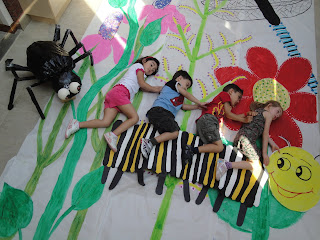 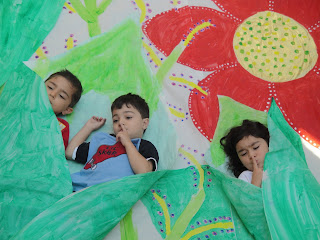 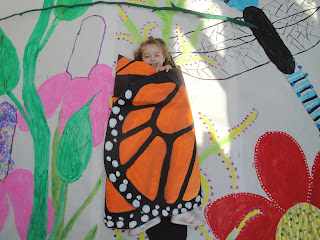 Finally when the spider left, the Munchkins came out of their hiding places. Slowly the chrysalis began to open and one Munchkin emerged as a beautiful butterfly. "Wow this is really a magical garden," she said. 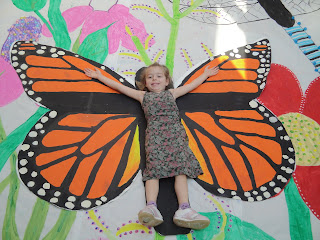 The Munchkins decided that their day had been very busy and that it was time to go home but the butterfly Munchkin said, "I'm going to stay here and live in the magical garden."
All the other Munchkins waved goodbye and promised to visit often.
The end!

Posted by Tiziana Ciccone at 9:15 AM 2 comments: