A few weeks ago I stepped into one of my preschool classrooms and I happened upon a child working on an elaborate structure using loose parts. Not an uncommon sight in the school. However this particular one stopped me because it was not only beautiful to look at but it was precise in its execution and it led me to wonder, did the child actually do it on her own? Not that I didn't  think she was capable, I was just concerned that the teacher support may have been too heavy.
This would not have been acceptable as it would have limited the child's ability to solve the problems she may have encountered in the design process. 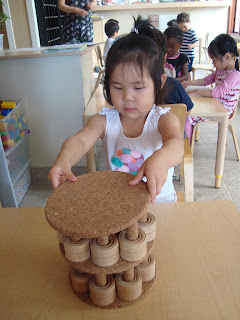 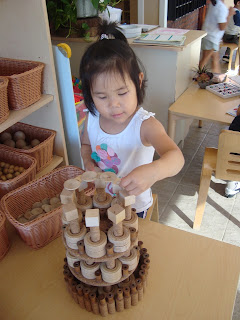 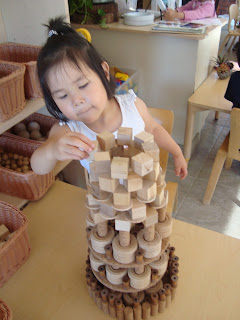 I stopped and observed her work as she erected two additional structures.
The results were the same-her level of thinking was extraordinary. 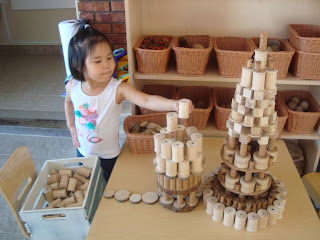 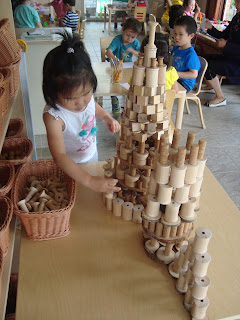 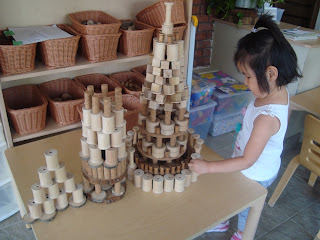 We should always have faith in the capabilities of young children especially when they live in a space where loose parts are ingrained in the school culture!
Posted by Tiziana Ciccone at 10:38 AM 3 comments: