Meet a few of the Monsters of Reggio Kids.

Why give voice to an interest such as monsters?

After all, are they not just imaginative creatures that are best left in story books?
Children's fascination with monsters, mystical creatures and superheros is unprecedented, something that pop culture manipulates through movies and toy sales.

Monsters capture the attention and imagination of young children because of their odd appearances and super human traits. When children create monsters through drawings, clay, or loose parts they feel empowered. Sometimes this helps them to conquer their own fears and inhibitions.

As we work through the stories with the children we get insight into what makes them tick!

Is their monster a reflection of themselves or a struggle they are experiencing?
Does their monster possess power over the elements; fire, water, wind-lending us a peak at children's scientific knowledge.

Their monsters may know their shapes, alphabet,or phonetics.

The children are currently working on a story board using their monsters as the characters. The moral of the story; everyone is different and they should not be excluded because of the differences.
Instead unique qualities are what makes them, monsters included, so very special! 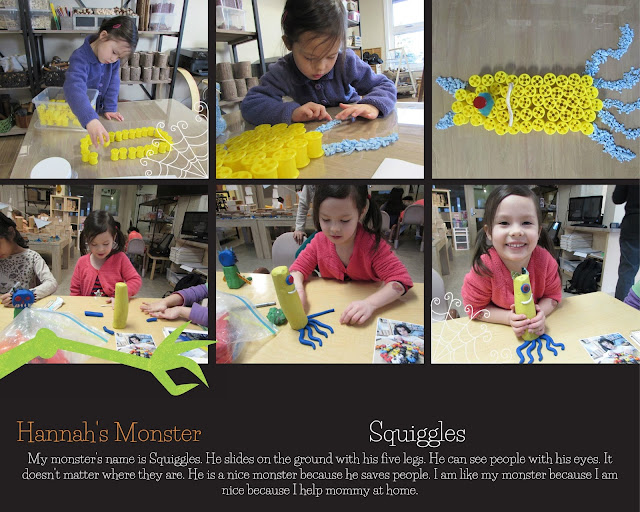 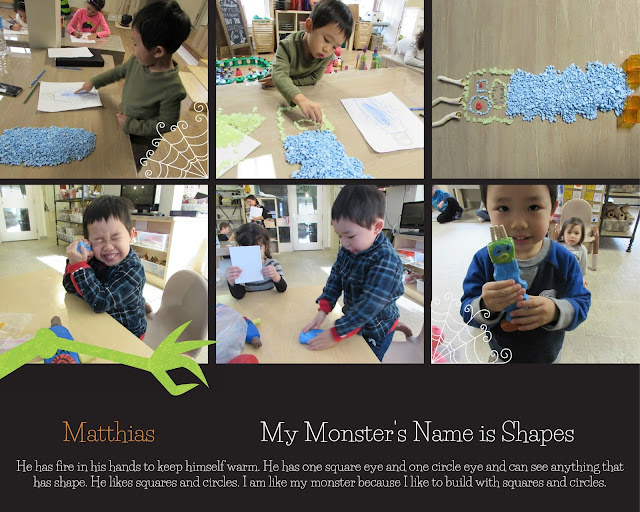 Posted by Tiziana Ciccone at 8:21 AM 3 comments: