A few months ago I was in Indigo looking for a few new books to read and I happened upon Walter Isaacson's book,  Leonardo DaVinci.
Since I love history, I decided to add it to my cart.
I was curious to learn about his life.
Little did I know that I was about to be inspired by a man who lived over 500 years ago.
Leonardo left mankind richer, not only because of his famous Mona Lisa but because he was history's greatest creative genius. His life journey was to know everything there was to know about the world and how humans fit into it.
So what does this have to do with a blog on Reggio inspired work.
Here's the thing.
Leonardo was not a university graduate. He was the illegitimate son of a notary. He was self taught.
Most people know him as a painter but the truth is he didn't really like to paint at all.
He was an engineer, scientist, mathematician, builder of flying machines, designer of theatre props, hydraulics systems, and
war machinery, he dissected cadavers to learn about the anatomy and workings of the human body...
He had the ability to make connections across disciplines, art, science, technology, humanities and he combined them with imagination which was his recipe for genius, (much like children as described in the poem The Hundred Languages of Children).
In the words of
Steve Jobs, founder of Apple,
"He (Leonardo) saw beauty in both art and engineering and his ability to combine them was what made him a genius!"( p.3)
Leonardo's pursuit of knowledge and curiosity were insatiable; to know simply for the pleasure of knowing, and to gain expertise in areas that supported his pursuits.(much like children)
He made endless to do lists of all the things he wished to explore and find answers to. He was an avid reader, he sought out experts and posed questions to quench his thirst to know it all (children ask questions all the time).
Although he respected theory he relied more heavily on experience and testing the theories(the process by which we work in a Reggio inspired school).
Leonardo was a keen observer, with a sharp eye for detail.
In his own words, "Look carefully and separately at each detail...If you wish to have a sound knowledge of the forms of objects, begin with the details of  them, and do not go to the second step until you have the fist well fixed in memory." pg 179.
(observation if the foundation of good practice)

Reflecting on
Walter Isaacon's summary list on what we can learn from DaVinci brings to mind many of the practices and ways of being in our everyday life.
from DaVinci (p.519-524)
Be relentlessly curious.
Seek knowledge for its own sake.
Retain a childlike sense of wonder.
Einstein wrote, "You and I never cease to stand like curious children before the great mystery into which we were born.".
Observe and wonder why.
Start with the details.
See things unseen, delve deeply.
Go down rabbit holes.
Get distracted.
Even when you are exploring one thing don't be afraid to branch off if something else catches your attention.
Respect facts
"We have to be fearless about changing our minds based on new information!"
Have an idea, devise an experiment to test it. If the theory is flawed, seek a new one!
Procrastinate
Sometimes ideas or work need to simmer.
Let the perfect be the enemy of the good
Should you let go of things before they are perfect? Leonard took 16 years to complete the Mona Lisa-had he note died chances are he would have continued to perfect her.
Think visually
See things in your mind's eye.
Avoid silos
Know that the mind wanders across all disciplines-"art is a science and science is an art"
Let your reach exceed your grasp
Learn why some problems will never be solved.
Indulge fantasy-let your imagination soar!
Create for yourself!
Collaborate
"Genius starts with individual brilliance. It requires singular vision. But executing it often entails working with other. Innovation is a team sport. creativity is a collaborative endeavour."
Make lists- of all the things you wonder about and what to know.
Take notes-leave a trail for others to find and learn from.
Be open to mystery-not all things may have a definitive answer.

So let us all be like DaVinci and encourage our students and ourselves to maintain the DaVinci that is in all of us.
Thank you Walter Isaacson for your wonderful book. 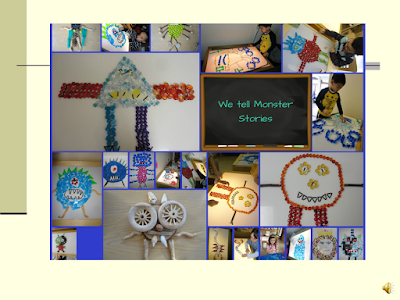 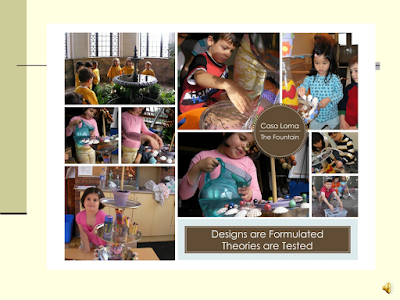 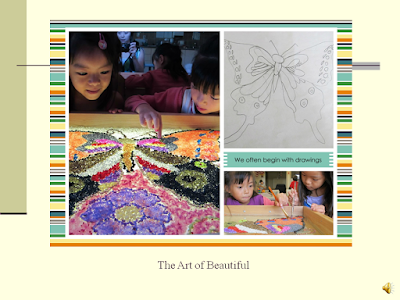 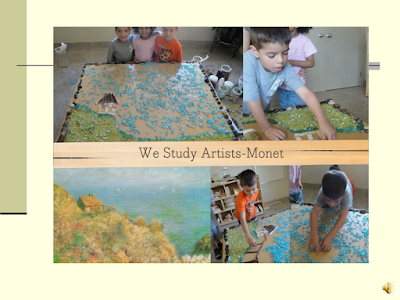 Posted by Tiziana Ciccone at 9:09 AM