The children test their theory- Shadows Move when the Sun Moves 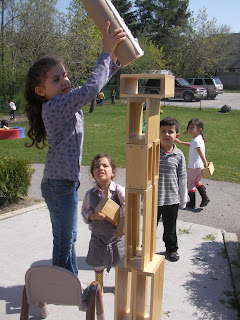 This group of children had a clever idea to determine if an object's shadow shifts with the moving sun.
"Let's build the CN Tower outside and see where the shadow goes!"
When they were finished building the tower, the teacher posed an interesting question.
"How will you know if the shadow moves from now until this afternoon."
"Let's fill it in," replied one of the young girls.
Using loose materials, the children filled  in the shadow of the tower as it fell at noon.
They returned to the playground at 3:00 p.m. and found that the shadow had indeed moved! 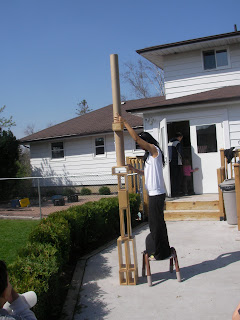 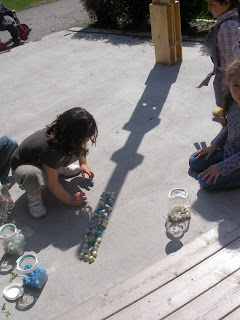 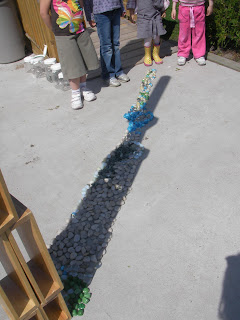 The children looked and noticed that the shadow had indeed shifted.
Posted by Tiziana Ciccone at 9:05 AM